Skin cancer is one of the most common types of cancer. If found early, it is very treatable. Early detection is the key to successful treatment and management. Having a complete body check by a dermatologist or a plastic surgeon can make the difference between successful diagnosis and treatment. Generally, skin cancer is related to prolonged exposure to the sun, but it can also be found in areas which have not been directly exposed.

Skin cancer can develop anywhere, but the most common areas include the face, lips, ears, scalp, neck, chest, back, arms, and legs.

Risk Factors for skin cancer include:

Please click on this link to see some of the most common types of skin cancer and what to look for:

In summary, things to look for include:

No one knows your body better than you do. Be aware of any changes and don’t wait to get them checked. Any suspicious skin lesion should be biopsied for a definitive diagnosis and then a plan of treatment may begin. In many cases, a simple removal may be all that is required. In other types of skin cancer, chemotherapy or other treatments may be required and your plastic surgeon or dermatologist can refer you to an oncologist if necessary. 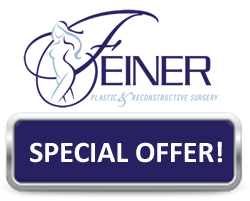